Concert in Mine no. 7

In the atmosphere of the mine, we will take you on a true musical journey; from 400 year old Italian music, a passionate trip in Buenos Aires through Piazzolla’s music, new and contemporary sounds from one of Norway’s new composers Anna Berg, and a minimalistic piece bringing the sound of union workers into the mine.

The dutch explorer Willem Barentsz, who discovered Spitsbergen in 1596, and the italian composer Giovanni Gabrieli, was born in the same decade, and lived in the same time. We will start the concert with a special performance with beautiful tones from one of Gabrieli’s canzonas. His music is definitely never heard performed in an arctic mine. Gabrieli was an Italian composer and organist, and one of the most influential musicians of his time in Italy.

In Anna Berg’s piece “Isomere”, we meet an ensemble divided into sections that alternate in responding to each other through shorter and longer phrases. Two chemical connections are Isomere when having the same molecule formula while still having different chemical attributes. In the same way, the material of the musical piece is extracted from the same source, but stretched and turned so that it appears different.

Astor Piazzolla was the Argentine tango composer and bandoneón player who revolutionised the tango music, as a creator of a new style termed nuevo tango, because of it’s incorporation of elements from jazz and classical music. As a part of this concert, we will take you on a musical journey, from the cold wind at Svalbard, to the warm breeze in Buenos Aires.

At the end of the concert, we’ll bring you back to reality in the Mine, as we present the minimalistic piece “Workers union”, written by the Dutch composer Louis Andriessen.

Andriessen’s piece is a political work in which everybody plays in unison throughout: one voice united in delivering the same emphatic message and unified in their intent Andriessen says of the work: “This piece is a combination of individual freedom and severe discipline: its rhythm is exactly fixed; the pitch, on the other hand, is indicated only approximately, on a single-lined stave. It is difficult to play in an ensemble and to remain in step, sort of thing like organising and carrying on political action”.

And in his performance note in the score he says: “Only in the case of every player playing with such an intention that their part is an essential one, the work will succeed; just as in the political work.” 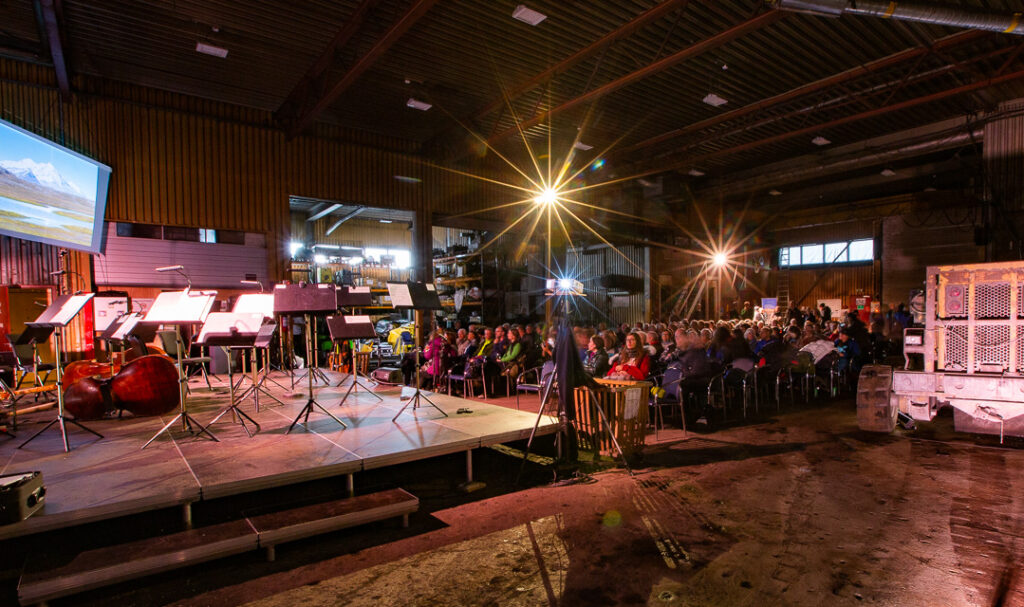 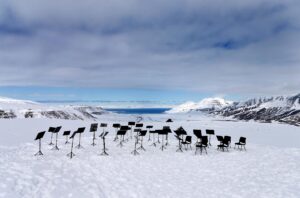 My world is melting 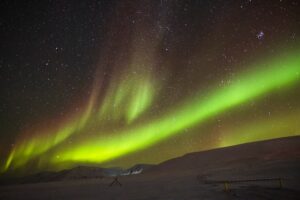